Understanding the consequences of a possible “No Deal” Brexit 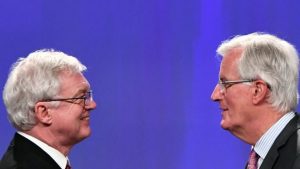 There’s a lot of discussion at the moment about a ‘no deal’ Brexit. What does that actually mean and what would be the consequences to UK citizens living in the EU if the UK crashes out of the EU last minute?

In the current context it basically means that there would be no formal agreement reached during the negotiations between the UK and the EU, which are taking place under the terms of Article 50 of the Lisbon Treaty.

Even if there is no deal under Article 50, there would still have to be some kind of formal relationship between the UK and the EU in the long term – for trade, security and every other aspect of bilateral ties. But if the Article 50 process fails there is very little time to work on alternative strategies before Brexit in March 2019. And timing is crucial.

There are two possible scenarios over a “No Deal” Brexit, one being done within enough time to make some agreements before officially leaving in March 2019, the other being a last minute exit with no agreements being made at all.

For UK residents living in the EU, and vice-versa, the latter has major consequences.

In theory, they could become third country nationals, subject to domestic immigration rules. Given the fact that this would affect more than three million EU citizens in the UK, and nearly a million UK citizens in the EU, it could well be that individual EU countries would try to strike deals with the UK to guarantee citizens’ rights. Common sense should prevail, but that cannot be guaranteed.